REPLICAS: STRUCTURES FOR OTHER POSITIONS
Temporary sculptures built of biennial waste, with text and choreography (2012)

In collaboration with Victoria Brännström for the Liverpool Biennial 2012.
Supported by Iaspis.

REPLICAS: STRUCTURES FOR OTHER POSITIONS was a series of temporary sculptures placed in the city of Liverpool.

Despite its regulated urban environment, Stockholm, like most cities, does not only exist of physical structures planned beforehand, but also of temporal elements purposely and coincidentally left and built on the streets and in the squares. Qualities and possibilities of a series of temporary architectural objects found in Stockholm, were transfered to Liverpool during the Liverpool Biennial as replicas of the original objects. Built by waste from the biennial, they were placed at specific sites and times in the city of Liverpool to create bodily extensions and experimental links between the physical and the mental.

Info at the Liverpool Biennial site . 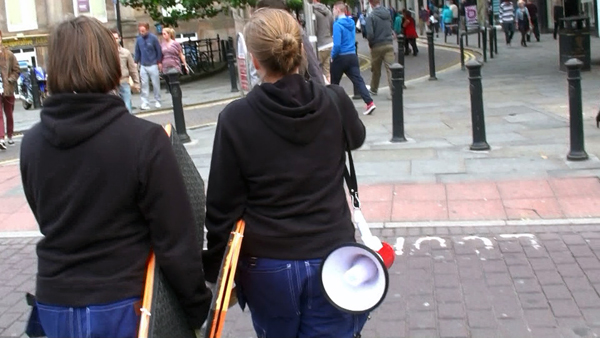 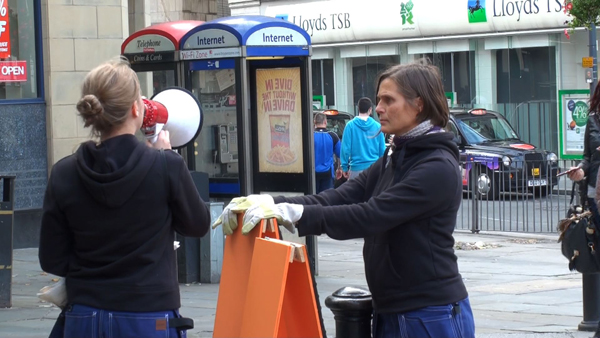 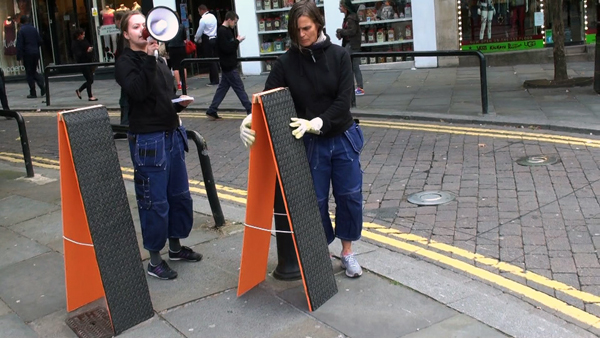 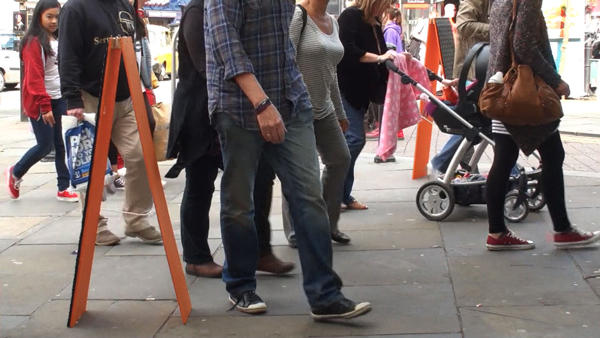 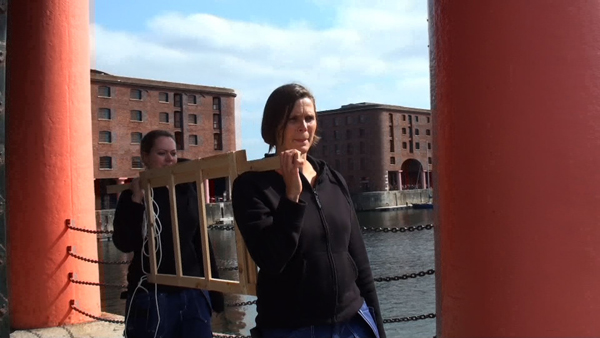 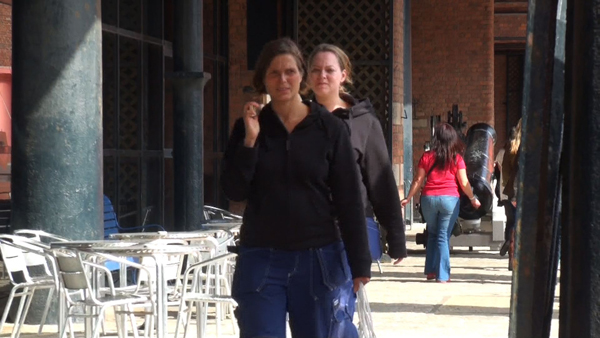 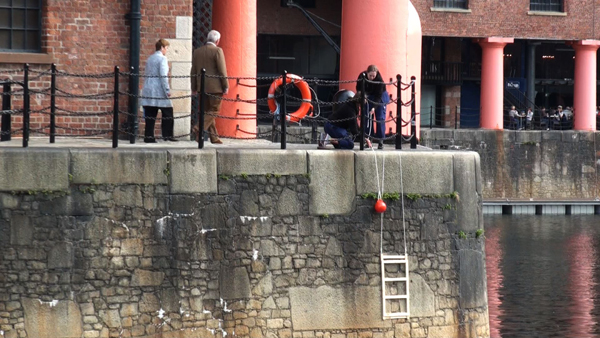 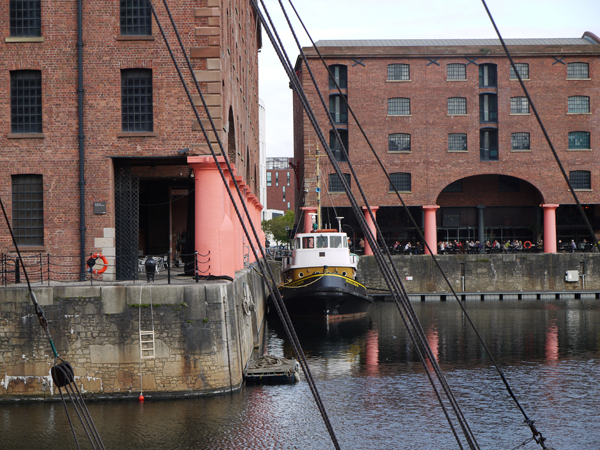 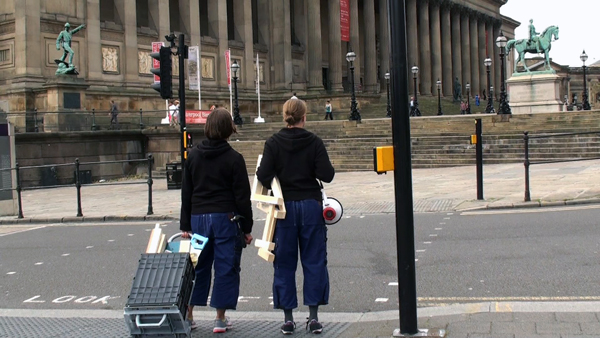 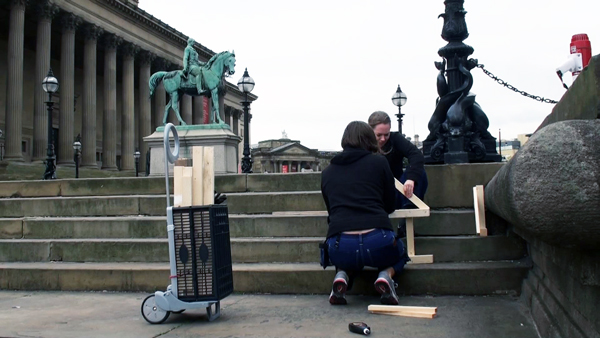 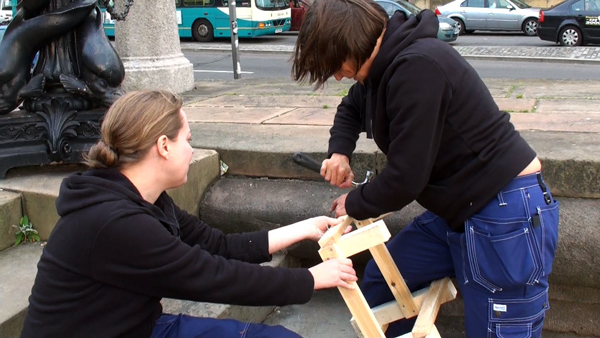 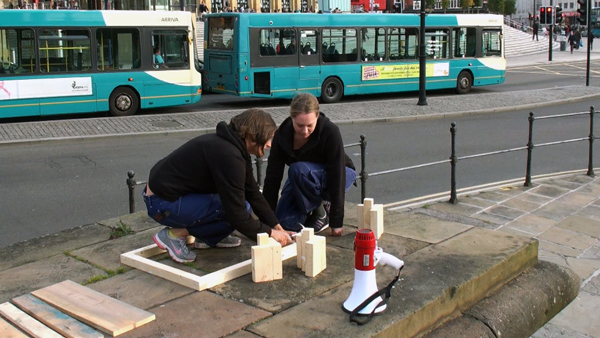 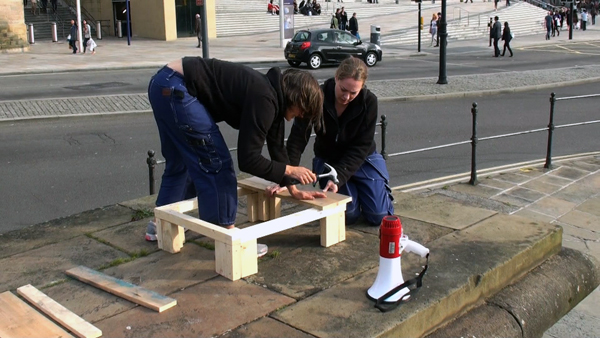 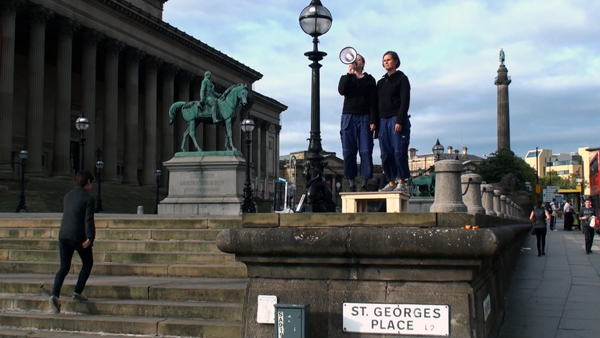 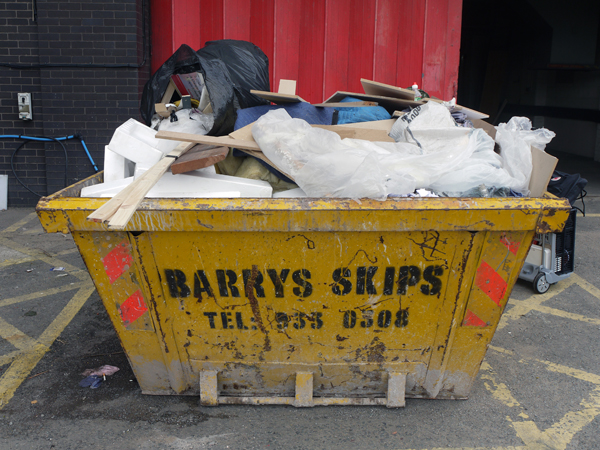 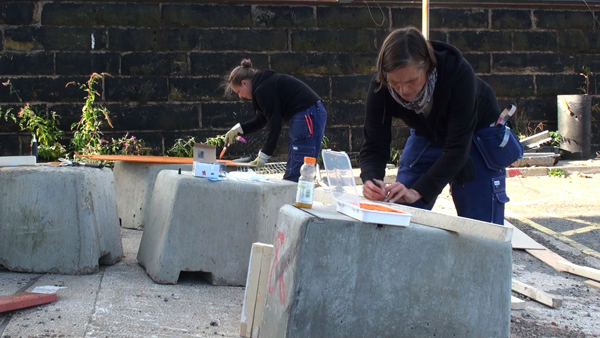 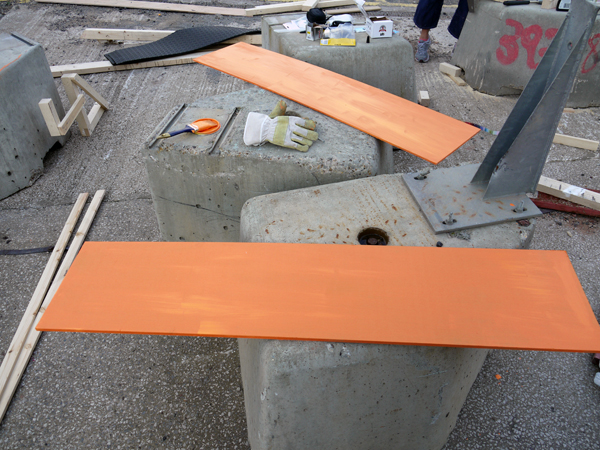 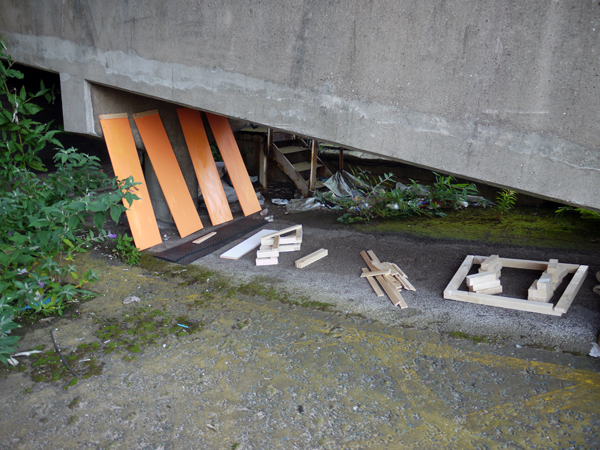 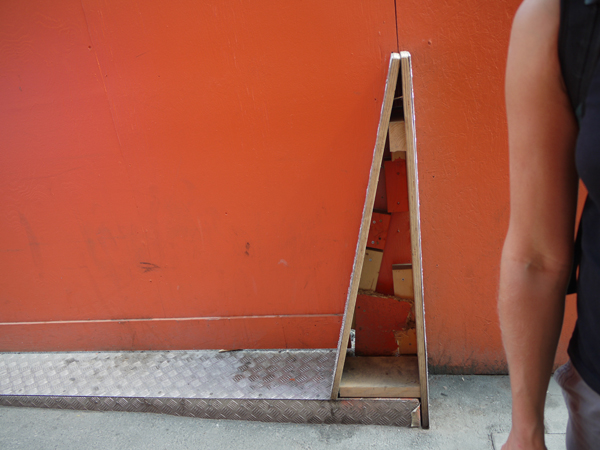 Two triangular shaped pillars direct the flow of people outside the central station as the site is being refurbished. Without questioning or even paying attention you adapt your steps and direction. 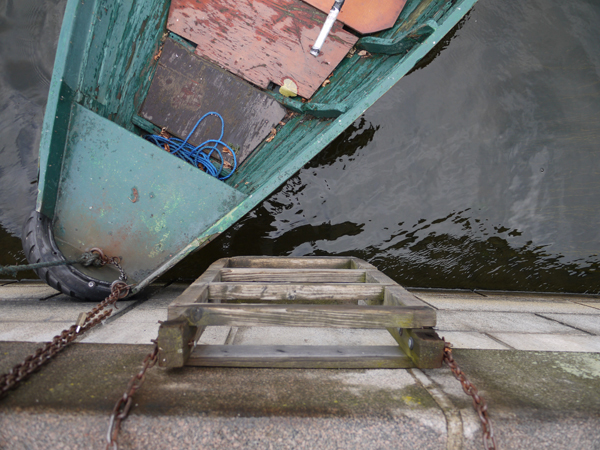 The fishermen's purposely built ladder at the embankment reveals other levels for urban activities. 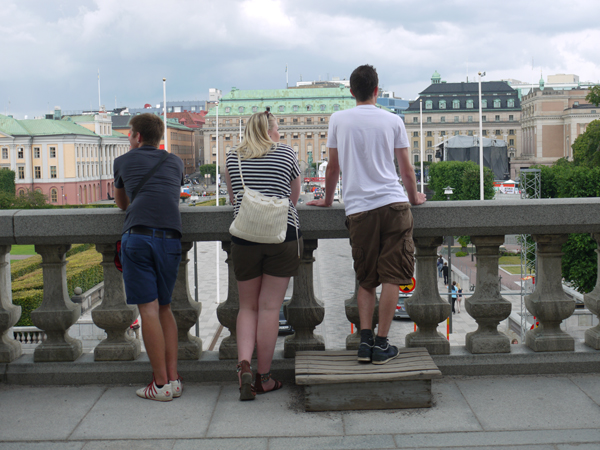 A wooden pallet left by the Royal Castle in the center of Stockholm makes you extend your perspectives and for a moment feel like a king when stepping onto it and looking out over the city. These temporal architectural structures disorganize existing bodily and mental positions and also the relations to the surrounding environment and experiences of subjects and objects.